No, Sweetie--It's Not a Dog 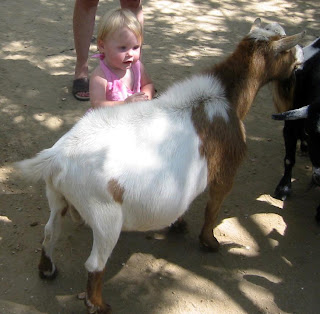 ...that somebody gets it.

"I walked down the street next to a failed levee here the other day and saw house after house that had been pulverized by Hurricane Katrina. Eight months after the storm, and nothing, not a single cinder block, had been touched. An exterior wall of one home had been ripped away, revealing, amid the rubble, a sneaker, some batteries and a cardboard box for an NFL football. A thriving family once lived here, and in the next house, and in the house after that.

But it's old news, this tableau of destruction. Even if a reporter could track down the families on this block and recount each tale of woe, the camera lens would still be too close; it simply could not capture the magnitude of what happened to New Orleans last summer. And if you pull back the camera too far, you get those aerial shots we've all seen so many times, which provide a sense of the hurricane's scale but not of the human misery that each ruined home represents....

...We all have defense mechanisms to shield ourselves against tragedy overload. From the Asian tsunami to the Pakistani earthquake to the latest Midwestern tornadoes, it can be a bit much. Perhaps I believed that New Orleans must be making modest progress because it was comforting to think so, and besides, if it was still a huge, stinking mess, the media would tell us, right?

Ride around the area and you find yourself staring in disbelief. Houses dented and bent and smashed like papier-mâche, many marked with the ubiquitous blue FEMA spray paint, destined for demolition. Massive trees, uprooted and lying in front yards. Cars caked with dirt, trunk lids open, many stripped of tires. And the tires -- piles of old tires everywhere -- and waist-high weeds covering the front yards are silent markers of abandonment."
Posted by ALM at 12:35 PM No comments: