Two years ago today. I don't feel as emotionally raw as I did on the one-year anniversary--I guess time really does have a way of numbing pain.

I think I feel the same as most people living along the Gulf Coast these days--one day I wake up and can't fathom the thought of living anywhere else; the next day, I'm longing to escape the realities of life here and just start over somewhere else--somewhere that doesn't have all of these problems. I dream of a city with smooth, paved streets and a local newscast that doesn't lead every day with the latest murder.

I don't think any of us envisioned how little progress we would make, two years down the road. Lakeview, St. Bernard Parish and the Lower Ninth Ward are still ghost towns, sad remnants of what they used to be. Doesn't it at least seem like all of the damaged houses should have been gutted by now?

The Katrina anniversary is upon us. And so it begins. The local newspapers and television stations have begun their coverage, and, I suppose for a brief period of time, the rest of the country will focus on us briefly at some point this week. Some will give us no more than a passing thought, some will wish us well—unfortunately, the vast majority will still not realize that Katrina was a man-made disaster in New Orleans, caused not because we’re stupid enough to live below sea level and got what was coming to us, but because the levee system that the Corps promised would hold did not. And, sadly, there will still be some mean-spirited people who will feel the need to post their scorn of New Orleans and its citizens on numerous websites, for some reason feeling better about themselves and secure in their superiority. It’s been like this for a while and I’m sure it will continue to be for years to come.

For me, August 26th is the day that the anniversary really starts to have an effect on me, as today is the day that the altering of our lives was put into motion. In my head, I've started calling it the Day of Lasts. It’s often struck me throughout life—I suppose even more so since I've had a child—about how many “lasts” we experience. There are the ones that you know are the lasts, like the last night your child sleeps in a crib before you move her into her “big girl” bed, the last time you drive a car before you trade it in, your last day at a job. But I guess I've spent a lot of time thinking about the “lasts” that you don’t know about at the time. There are so many unimportant lasts in our day-to-day living. And then there are the big ones—the last time you see your grandmother before she passes away, the last time you actually pick up your daughter in your arms before she gets too big for that, the last time that you talk to a friend with whom you've slowly been losing touch. I've always found the big lasts that we don’t know about at the time to be rather heartbreaking, in hindsight.

August 26th was a day of lasts that I didn't know about at the time on a grand scale. I don’t need to detail all of them again—you can read about them here. But for a long time coming, I think August 26th will be an especially poignant day for me; it was the last day that our family, our friends, our neighbors, our city, and our region would feel normal for days and years to come. It was the last day that we got to go about our everyday lives, not knowing about the storm that had decided to re-organize in the Gulf. It was a Friday, and the majority of us were content in the knowledge that we’d have a nice weekend and then go back to our jobs and our schools and our lives on Monday morning.

You all know the story by now. Instead, on that Monday morning, we sat in living rooms or hotel rooms or shelters scattered around the country and watched Katrina come to shore. We watched the footage of houses on the Mississippi Gulf Coast reduced to splinters from Katrina’s surge, and we watched the streets of New Orleans fill with water when the levees broke.

I’m sure I’m not alone in thinking about two years ago today and what’s been lost since that time. A Day of Lasts.

Another day, another horrifying and senseless murder in the City that Care Forgot. Nia Robertson, a 28-year-old woman who worked for the Road Home program, had her throat slashed by a complete stranger at a bar in mid-City on Wednesday night. She died several hours later. How frightening and f-ed up is that? She was just sitting in the bar, hanging out with a friend, and an unstable man knifed the man sitting next to him and then walked over to her and slashed her throat. Then he slowly walked out of the bar and started walking home, where police arrested him.

Pablo Meija Jr., a third-generation New Orleanian, was shot execution style during a robbery in New Orleans East earlier this month. He was working as a contractor and renovating a flood-damaged home when three men came into the home, robbed him and his friend, and shot him while he knelt on the ground. His wife is currently nine months pregnant with their first child. 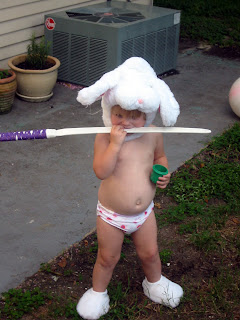