It's been 2 months and 11 days. I'm supposed to be over it, right? That's the protocol for mourning. You're allowed to talk about it for a couple of weeks, three at most, and then you're supposed to be done.

I don't know how to do this. I just don't. I can go a few days and function normally, but then BOOM--it all comes back. I suppose that I'm still in that stage where I can pretend that it's just been a couple of days since we've actually talked, and I can deal with that. But then the fact that you're gone--that you're really gone, and that I will never talk to you again, always comes seeping back into my consciousness. And I weep. Or I try not to weep, depending on the company I'm keeping at the time.

I've found that I'm at my best when I'm either alone or with "our people." I have isolated myself to the extreme over the past two months and 11 days, just because it hurts so much. When I'm alone, I can talk to you, even if that sounds crazy to other people. Sure, you don't answer back, necessarily, but it still helps--just to talk to you.

If someone paid me to write a composition to musically depict what it feels like when you're having a seizure, it would sound like modern jazz. I hate modern jazz.
Posted by ALM at 10:15 PM No comments:

Dear Saints: please do not make me feel like this tomorrow.

I confess: I do sometimes judge your blog and FB posts. But, in the sage words of Weird Al Yankovic, "You should never write words using numbers. Unless you're seven. Or your name is Prince."

This is the thing to bomb. This is the beginning—from "I" to "we." If you who own the things people must have could understand this, you might preserve yourself. If you could separate causes from results, if you could know that Paine, Marx, Jefferson, Lenin were results, not causes, you might survive. But that you cannot know. For the quality of owning freezes you forever into "I," and cuts you off forever from the "we."
--John Steinbeck, The Grapes of Wrath
Posted by ALM at 10:36 PM No comments: 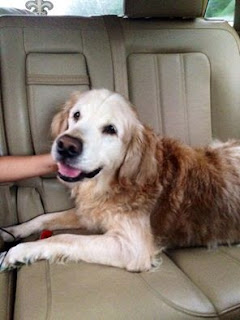