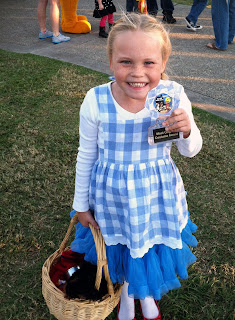 If this post also addressed the need for free quality education for everyone, not just those who can afford it, it would be damn near perfect. At any rate, it perfectly sums up why I'm a bleeding heart/communist/socialist/fascist/liberal.

Ways in Which I Am Becoming My Grandmother*

Today, while trying to yell at the cat about the fact that she almost made me kill myself by running around directly under my feet while I was walking, I had to go through three former cats' names before getting to the correct one.

*If you were fifth out of 15 granchildren and had to listen to your grandmother do the "roll call" while trying to scold you, you'll understand this reference. (I just feel really sorry for my younger cousins, who had to sit through 12-13 names until Lucy finally got to the right one.) And of course, the roll call was always prefaced by "dang nabbit" or "golsh darnit," as was my cat's roll call this morning--although maybe not as nicely.

Labels: Get Off My Lawn, Lucy

Emmeline is on "fall break" this week--I guess all of the elementary schoolers needed a break, after having gone through six whole weeks of school--and I can't tell you how much I'm enjoying the silence.

Yes, silence--because I met my mother in Slidell yesterday morning before heading back to the city to work, and tonight is my second full night of childlessness. I'll be getting E back tomorrow afternoon and she'll be spending the day with me at work on Thursday before heading off on round two of the great grandparents tour of 2011, when I'll drop her off at my mother-in-law's house on Friday for two more child-free nights at home. But those two child-free nights will involve a birthday party, a wedding, and a dinner at my husband's Mardi Gras club, so time will fly by like nothing.

I'm not an avid fan of the television show House. I don't dislike it--I've watched it a few times and have been entertained. But I'm too busy to commit to more than a couple of weekly television shows (hello, Survivor and Top Chef) and my schedule was full when House came out. Still, I think Hugh Laurie is a great actor and is pretty easy on the eyes, as well.

So imagine my surprise when I came across Hugh's Great Performances show on PBS recently, which was his tribute to New Orleans and its musicians. Who freaking knew Hugh Laurie could sing like that? I certainly didn't? I may just have to start watching House now.

If you haven't seen it, you should watch it here. And then, if you don't live here, you should plan to come and visit me in New Orleans.

I'm still alive, to the three of you who may have been worried about me. I just learned through first-hand knowledge that applying for two massive NIH training grants within a six-week time frame is a really, really, really bad idea. (Now if someone could just tell my boss....) Anyway, it's (mostly) done now, and I'm heaving a massive sigh of relief--but it meant a rather long period of working nights, Saturdays, and toting my laptop to Destin for a four-day weekend to get to this point. Am I exhausted? Yes. Am I also extremely grateful that I have such a great job and a great boss? Yes and yes.

In related news, I am now officially the director of global health research at the Tulane SPHTM. I was really surprised by the title my boss came up with, I can assure you, as the only thing I really wanted (and got) was the raise. But he decided that's what my new title should be, and because I'm no dummy, I went with it. I got to take the job title for a spin at a cocktail party a few weeks ago, and it was extremely difficult to reel it off with a straight face when someone asked me what I did for a living. And of course the guy who asked me turned out to be an MD and then wanted to discuss medical protocols with me, not knowing that I somehow ended up in the global health field with a journalism degree. Kenny found it all quite entertaining. I'm just glad that I've been in this line of work long enough to know what I was talking about.

So now it's Friday night and I have zero plans for the weekend, other than possibly attending a cook-out tomorrow night and hopefully watching the Saints kick the Panthers' butts on Sunday (3-1, baby). And that sounds really, really, good.