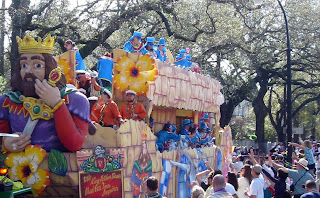 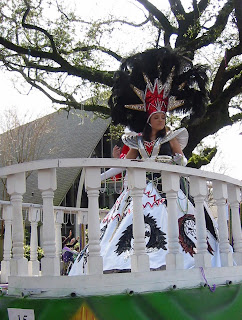 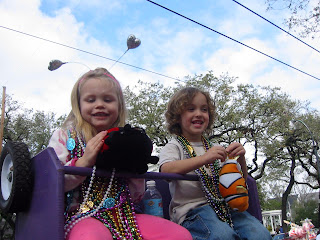 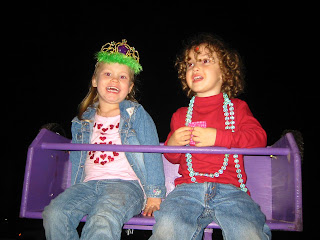 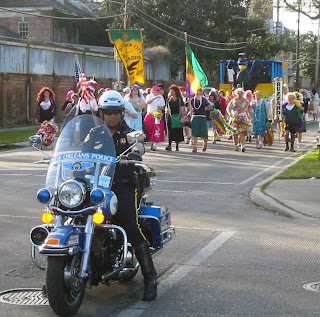 Does every large office building have a crazy person who insists on talking to anyone and everyone in the elevator? You know the one--the person who asks about your weekend and you say it was fine. Then, because it's the polite thing to do, you ask how her weekend was. And then you get to listen to a monologue that lasts all the way to the 18th floor, with multiple stops on the way up to let other people onto the elevator. And all the way up, you have to nod politely while the crazy person tells you about her trip to the gynecologist, and then somehow that segues into her telling you all about the terrible fight that her husband and her daughter had over the weekend. And all of the other people in the elevator are looking at you with sympathy, because you're the one that got stuck talking to crazy lady today. Or even worse, they don't realize that you're not friends with crazy lady and they think you're crazy by association, because why in the world are the two of you (even though crazy lady is the one doing all of the talking) having this wildly inappropriate conversation in front of 10 other people in the elevator? We have one of those. Today was my day to be her elevator friend. Have I mentioned that we don't work together and don't know each other outside of the confines of the elevator? Crazy. Lady.

If I ever win the lottery, my dream is to immediately run out and buy the biggest, heaviest, tank-like old car I can find. Perhaps an old Cadillac or something. And then, when I'm out driving in my very large, very heavy car, I will simply stop avoiding wrecks. That jerk who gets in the left-turn only lane and then forces me to slam on my brakes in order to avoid him when he goes straight and cuts me off? No more braking for you, buddy. Ditto to the people who run traffic lights, slam on their brakes for no apparent reason, swerve into my lane while reading the paper or talking on the phone, or try to get around me in a traffic jam by taking the emergency lane. I won't go out and purposely seek out ways to get into accidents, mind you. I'll just stop avoiding accidents because of the stupidity of other people. After I've had my fill of not avoiding accidents, next up on the list is traveling around the country to ride all of the biggest, tallest roller coasters I can find. And then perhaps a nice relaxing vacation in Italy.

If Mardi Gras krewes don't have a code of conduct for their float riders, they should. Maybe I'm just getting old and cranky, but I think it's incredibly tasteless when a rider starts making the universal sign for "show me your tits" at a girl along the parade route and thinks that's a fair trade for a string of plastic beads. Despite what you see on television, the majority of Mardi Gras really is attended by families--save that stuff for the drunk tourists in the Quarter. I once had a rider request that I "hop like a bunny" in exchange for a string of beads. I'm sure you can imagine the universal sign I gave him. Don't be an ass just because you're on a float. Thankfully, most of the float riders are great and want nothing more than eye contact and an enthusiastic "Hey!" for their beads.

I'm swamped at work, again. I think it's highly inconsiderate that NIH set a due date of the Friday before Mardi Gras for grant progress reports. I'm kidding, mostly. But they do seem to have a knack for setting their deadlines around holiday weekends. If I ever get to take off for Thanksgiving, 4th of July, Memorial Day, etc. without having to kill myself to meet their deadlines, I'll be a happy camper.

The move to my new office is coming along and should happen right on schedule, around April. I'm trying not to think too much about the fact that one of my co-workers told me that the fire alarm doesn't work up on the 25th and 26th floors and that I should probably make sure I have a buddy on a lower floor who'll be kind enough to call and let me know if the need to evacuate the building ever comes up. That's slightly disturbing, considering I've already been abandoned at work once before. I used to be the public relations person for a government agency and was responsible for not only taking pictures for use in publications but also developing said pictures. One Christmas Eve day, I was holed up in the darkroom for several hours. When I came out, the entire building was dark and locked up. The boss had uncharacteristically let everyone go home early for Christmas and no one had thought to come to the darkroom and tell me that. Good times.

On a related note, at that same job, I once wrote a long email to my mother, describing in great detail what an absolute jerk my boss was. Everyone--and I mean everyone--who worked for him hated his guts because he was such an egomaniacal tyrant. Anyway--I accidentally sent that email, meant for my mother, to a gentleman who worked for the state agency that was in charge of regulating our local agency. I have never in my life been so mortified as when he called to let me know he'd gotten the email. Thankfully, he thought my boss was a jerk as well and didn't forward the email on to him. The friends that I keep in touch with from that job still like to bring that story up. Needless to say, they thought it was much more entertaining than I did.

Conversations With a Three-Year-Old, Volume 9

E: You're my bestest mommy. I like being around you all the time.

Mother Mary, full of grace, awaken.
All our homes are gone, our loved ones taken.
Taken by the sea.

Our world has been shaken.
We wander, our homelands forsaken.
In the dark night of the soul, bring some comfort to us all.
Oh, Mother Mary, come and carry us in your embrace.
That our sorrows may be faced.

Mary, fill the glass to overflowing.
Illuminate the path where we are going.
Have mercy on us all.

In funeral fires burning,
each flame to your mystery returning.
In the dark night of the soul,
your shattered dreamers, make them whole.
Oh Mother Mary, find us where we’ve
fallen out of grace. Lead us to a higher place.

In the dark night of the soul, our broken hearts you can make whole.
Oh Mother Mary, come and carry us in your embrace.
Let us see your gentle face, Mary.
Posted by ALM at 11:14 PM No comments: